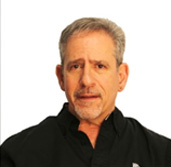 Holding Certifications in DDI®, Forte®, and 3D Virtual Worlds from the University of Washington 2012, Sr Training Specialist of Fortech Solutions Bruce Gross brings to Fortech Solutions a broad spectrum of experience in training.

As a business owner for 14 years, Gross worked in the beauty industry where he collaborated on instructional workbooks and videos, before he became a recruiter for a short period of time until he literally fell into an HR position, which ultimately led to a training position.

In 2009, Gross became drawn to using 3D Virtual Immersive Environments for training, finding that they created both, synchronous and asynchronous trainings for learners, and a very cost effective solution for the companies conducting them.

Seeing as how this platform could enable better engagement for learners, Gross began implementing 3D Learning Environments into trainings used during face to face encounters, and Webinars.

In the 3D world Gross is known as Cooper Swizzle and when he’s not there, he’s probably planning his next trip to Italy.