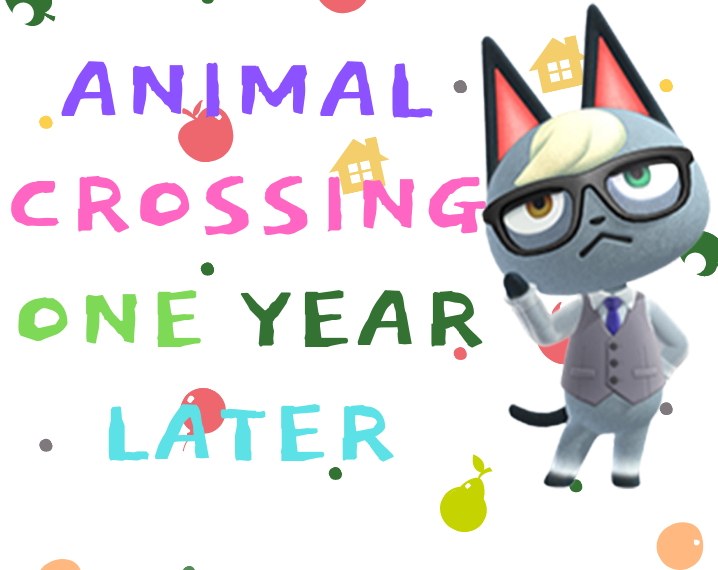 Last March the world shut down due to the coronavirus pandemic. As people were trying to adapt to being stuck at home, Nintendo released Animal Crossing New Horizons and it quickly became a cultural phenomenon. Animal Crossing has always had a cult following, but last year its release came at the perfect time to become a mainstream success. Animal Crossing is a cheery game where the player is invited to go on a mystery island tour by Tom Nook, and soon needs to pay off their debt for the trip by catching bugs, taking advantage of the stalk market, and selling odds and ends to the Nook store. Why did this game become so popular during the pandemic? It gave us something we were all suddenly lacking. Connection.

Last March I like many people found myself stuck at home with nothing to do. I had no office to go to, I was on spring break and I had no routine. I had never played Animal Crossing before but saw a lot of my friends on it so I bought the game. I quickly became addicted. I now had a routine of checking my nook miles account, hitting rocks, pulling weeds, and going shopping. I also could suddenly get on an airplane to see my friends. Virtually of course.

Even without linking to the Nintendo Switch Online app to play with your friends, you’re still able to talk to and invite cute animal characters to live with you on your island oasis. (I named mine Paradise). Each one has a unique personality and look. If you do connect to the Nintendo Switch online app and pay for the online membership, you’re able to fly to and visit your friend’s islands. Through your cute chibi avatars, you get to see your friends face-to-face, give each other presents, and visit each other’s houses.

Personally, it helped me reconnect with my friends. Although I never really lost touch with them completely thanks to social media, most of them are on the East Coast and I’m three hours behind them making it hard to connect. By logging onto my Nintendo switch account and having them as friends there, I can see who is online and easily call them or play with them because I can see that they’re available. We’d also use Facebook to let each other know if we had a cute item in our shop or if we were having a meteor shower. The only downside to my experience is that the Nintendo Switch app is kind of buggy so when we would be on each other’s island while also talking through the app with our Nintendo account, the game would kick everyone off. We found a workaround and started to chat via Discord. From 3000 miles away we could go shopping together, visit each other’s houses, give each other DIYS to craft items, and play hide and go seek.

It’s been hard to adjust from being able to go anywhere to nowhere, so to be able to go anywhere I want virtually gave me a regained sense of freedom. I also found a whole community of players on Twitter and Facebook groups. Everyone I’ve met has been so friendly and welcoming. Everything is Animal Crossing so they discuss the amiibo card scandal at Target, the build a bear and makeup collaborations, things I don’t normally take part in I can stay up to date on. It’s probably the nicest corner of the internet.

Between the cute aesthetic, happy animal villagers, and the ability to play online, Animal Crossing gave us the sense of community that we were suddenly lacking in real life. I’m not sure if it would have made as much of an impact if it had come out a year or month before or even now. The fact that Animal Crossing came out last year is serendipitous considering it was actually supposed to come out in 2019. Nintendo pushed back the release date so that their employees could maintain a healthy work life balance while putting the finishing touches on the game. If they had rushed it like many video game companies do to meet the original release date, I don’t believe it would’ve had as much of an impact. That being said, I do feel bad for the people who requested time off to play Animal Crossing not knowing they’d be stuck at home for the foreseeable future thanks to covid-19.